IREMAM's holdings also include some thirty scientific archives deposited by its former members. The most exceptional collection is that of the Berber archives (Fonds Roux), which includes one of the three largest collections of Berber manuscripts in the world. The valorisation of these documentary collections was and remains one of the scientific priorities of the laboratory 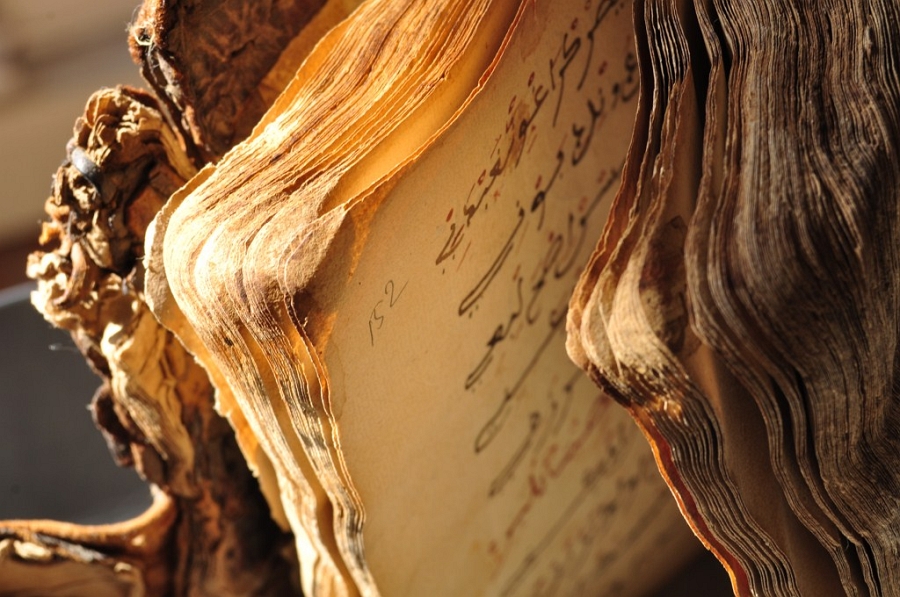 * The MMSH's servers have been damaged and access to certain funds is unavailable for the moment.

Arsène Roux (1893-1971) was Director of the Collège d’Azrou, then Director of studies in Berber dialectology at the Institut des Hautes études marocaines; he taught Berber to the Affaires Indigènes officers.

His archives, bequeathed to the l’Encylopédie Berbère (Berber Encyclopaedia) in 1974, belong to IREMAM and are housed at the MMSH Library.

For specialist researchers, the collection provides:
- A library of several thousand rare books (Latin and Arabic script).
- A collection of Arab and Berber manuscripts (around 200 texts).
- Manuscripts: oral tradition collections, literary texts, ethnography, sociology, history or geography texts, etc.
- Lexicographic and grammatical files (75 000), part of which were used for the compilation of the first Tashelhit-French/French-Tashelhit dictionary, and a grammar book.

This library is a unique tool for those interested in Berber studies, and in particular in popular Berber literature and poetry, and the material and social culture of the Berbers and Arabs of central Morocco.